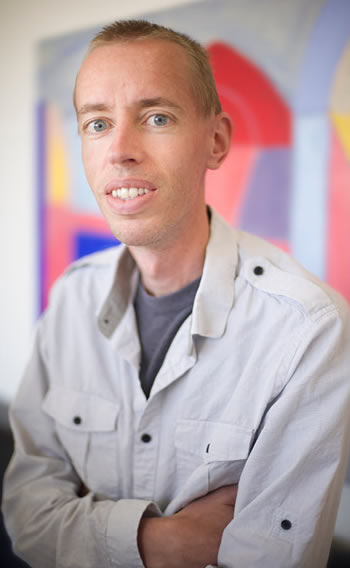 Bart Orriens is the Managing IT Director of CESR. In this capacity, he is co-responsible for providing support to realize CESR's IT requirements. His own interests focus on the acquisition, design, and implementation of both small and large-scale data collection projects as well as the development of new technologies for carrying out such data collection projects. Currently he is involved in several large-scale data collection projects (such as administering the HRS longitudinal surveys in the Understanding American Study) as well as investigating and implementing new ways of conducting data collection (most notably through the development of NubiS, an open source survey system developed in-house at CESR). He also oversees the Understanding America Study's data dissemination process. Before coming to CESR he worked as an information systems professional at the RAND Corporation where he specialized in data collection through paneling and surveying. At RAND, he was one of the lead developers of the MMIC surveying software system, which has been used in several of the world’s large longitudinal studies on Health and Retirement (e.g. the China Health and Retirement Longitudinal Study (CHARLS) and the Longitudinal Aging Study in India (LASI). He also worked closely with researchers on a multitude of data collection projects, covering topics ranging from the financial crisis to health literacy. Finally, Bart has done extensive research in business process automation and distributed systems integration through service oriented architecture and web services resulting in publications in a wide range of Information Systems journals and conferences.