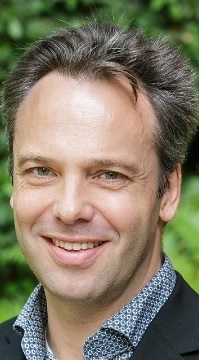 Titus Galama, Ph.D., MBA, is an Associate Professor of Economics at the University of Southern California's (USC) Dornsife Center for Economic and Social Research (CESR) and at USC's Economics Department, Director of the CESR Center for the Study of Health Inequality (CSHI), Associate Professor of Economics at the School of Business and Economics (SBE), Vrije Universiteit Amsterdam, and  Research Fellow at the Tinbergen Institute, Amsterdam, The Netherlands. Titus is an award-winning astrophysicist who turned to business/management then policy analysis, economics and social-science genetics. Titus Galama was awarded an M.Sc. in Physics in 1995 (cum laude) and a Ph.D. in Astrophysics in 1999 (cum laude) from the University of Amsterdam, the Netherlands, an MBA in 2003 from INSEAD, France / Singapore and a Ph.D. in Economics in 2011 from the University of Tilburg, The Netherlands. He has been at the forefront of several breakthrough discoveries in astrophysics, two of which were considered the 5th and 10th most significant scientific discoveries (in all science fields) of 1997 and 1999, respectively, by Science magazine. After completion of his thesis in astrophysics he worked as a Fairchild Postdoctoral Prize Fellow at the California Institute of Technology (Caltech), Pasadena, U.S.A. He has authored six book chapters and 70 peer-reviewed scientific publications, many in top scientific journals (e.g., six papers [three first-author] in Nature). His publications are highly cited (with ~ 14,500 life-time citations and an h-index of ~ 55). Following his career in astrophysics, he obtained an MBA from INSEAD at the Singapore and French campuses, and subsequently joined L.E.K Consulting, a global strategy-consulting firm, as a Senior Consultant in the Los Angeles office. Titus joined the RAND Corporation in 2006, USC’s CESR in 2013 and Vrije Universiteit Amsterdam in 2018. In these positions his focus has been on understanding the substantial disparities in health by socioeconomic status, utilizing economic principles and social-science genetics methods.  Titus is Principal Investigator (PI) on a National Institute of Aging (NIA) research grant (R01 AG055654; jointly with Dr. Faul, $4.3 million), focussed on identifying modifiable aspects of gene-by-environment interplay in later-life cognitive decline (2017-2022). He is also PI on a personal grant (VIDI) of the Netherlands Science Foundation (NWO; ~ $1 million; 11/2018-10/2023) and on a recent high-priority R56 grant (NIH; $860,000), to study the role of genetics and its interaction with environments in risky health behaviors. He was PI on an NIA grant aimed at improving understanding of disparities in health between socioeconomic status groups (R01; $ 2,500,000; 2010) and recipient of an NIA Independent Scientist Award aimed at improving understanding of disparities in health between education groups (K02; $870,000; 2012).